As cannabis continues to advance with technology, users continue to search for ways to make their weed more potent. Throughout the years concentrates have become the go-to form of cannabis for many who want to pack a punch in a small dosage. Two kinds of concentrate have taken the crown as some of the strongest: rosin and resin.

Rosin (with an o)

Rosin is a solventless concentrate that is produced through pressing resin with pressure and applying heat. It’s considered one of the cleanest concentrates in the market due to not needing to use solvents like butane or alcohol and is usually a high-ticket top-shelf item at a dispensary.

Resin (with an e)

Resin is the brown, sticky substance that can be found on the trichomes of any cannabis plant. It’s the most potent part of the cannabis plant and can be turned into a number of different cannabis products including butane hash oil, live resin, and rosin.

When using your bong or pipe for a long time you will see a buildup of sticky brown material inside your bowl. That’s resin! Some people scrape and collect their resin to save it up for a rainy day when they’re low on green. Just be aware that, while this will work to get you high, it’s a sticky mess that will taste gross and most likely result in a headache along with the high.

There is also live rosin and live resin, where flower is frozen before being cured, allowing for a much more potent and tastier product. The frozen flower is then turned into live rosin or resin through a number of different methods. Resin is most popular in live resin form, as it is easily consumable and widely available through dispensaries.

Rosin and resin are often confused due to the similarities between them, yet both of these forms of concentrate have different characteristics, extraction methods, costs, uses, and taste. If you enjoy you a flavor-packed dab, it’s even more important to understand the differences between the two so you know exactly what you are consuming and bringing into your body.

So grab your dab rig, while we at Sesh break down the differences between rosin and resin.

Resin’s color consists of a light to a dark brown. Continued use of a bong or pipe will gather resin as the trichomes separate upon lighting your cannabis. It’s appearance closely resembles crumbled up shatter, and it is sticky to the touch. It can even be made into a brick-like form depending on the amount of pressure used to create it.

Rosin’s color is made up of a light green/brown and can be translucent. It’s consistency is typically a glassy and smooth feel that comes about after the pressing process.

Resin can be built up inside of smoking materials such as bongs or pipes through extended use. This is due to the heat of lighting a bowl seperating the trichomes from the flower and leaving itself in the bowl. This is the purest type of resin, but it is typically harder to use and comes in smaller quantities than live resin.

Live resin, the most popular resin, has a number of different extraction methods. You freeze your fresh cannabis bud (fresh is important here) to at least -10F or lower and no longer than 36 hours. Then the resin is typically extracted using a solvent blend of butane and propane, the proportions of which are up to the person extracting. It is recommended to chill your solvent to at least -40C. Then, a vacuum oven is used to extract the residual solvent inside of the live resin. After this is all complete, the live resin can be made into anything from oil to butter.

As mentioned before, rosin is a solventless concentrate that can be created in minutes, even at home! You can create rosin by introducing cannabis to heat and pressure. Companies will typically use a rosin press which can apply a ton of pressure and heat and create a large amount of rosin at once. This creates rosin by separating the terpenes and cannabinoids found in the trichomes of cannabis plants.

Top quality live resin can reach up to $50-70 per gram, whereas lower quality resin will land at about $20-30 a gram.

Rosin is typically cheaper than other concentrates as it takes less material and time to create it compared to live resin or live rosin. Rosin itself will typically range from $20-$35 per gram, compared to its counterpart live rosin, which can reach up to $60-$120 a gram.

Resin can be used for dabbing, vaping, or even topping off a joint or blunt to get an extra kick.

Rosin is typically used for dabbing and vaping. Some like to dry their rosin out and sprinkle it into their joints, blunts, or bowls for an extra punch of power. Rosin can also be used to make edibles.

Resin and live resin have an extremely strong smell that lingers from its original plant. The smells can range from skunky and fruity, depending on the strain that it was made from. Many consumers claim that live resin is the best smelling and tasting cannabis products on the market.

Rosin, like resin has an incredibly strong and clear taste that originates from the plant it was made from. Typically, normal rosin is stated as having the cleanest and most pure taste, due to the absence of solvents like propane and butane.

Grow Sciences was founded in 2017 in Arizona. It has taken a huge leap forward with the progression of the cannabis market and has solidified itself as one of the top concentrate companies in the US. They offer a one-of-a-kind live hash resin line that consumers rave about. Their most popular product is their live hash rosin vape cartridge, which comes in a 600 mg cartridge. Grow Sciences, you guessed it, use in-house scientists to further push the envelope of cannabis concentrates. 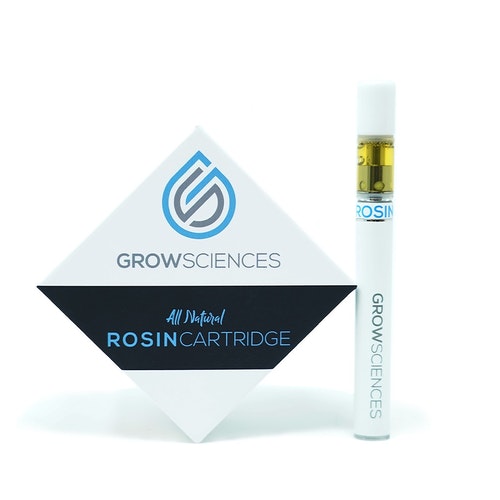 ABX is easily one of the top concentrate brands, boasting a huge array of products for consumers. These consist of edibles, cartridges, concentrate infused pre-rolls, beverages, and of course live resin concentrates. The most popular of which is their Lava Cake Live Resin concentrate, which has been flying off the shelves in their home state of California. 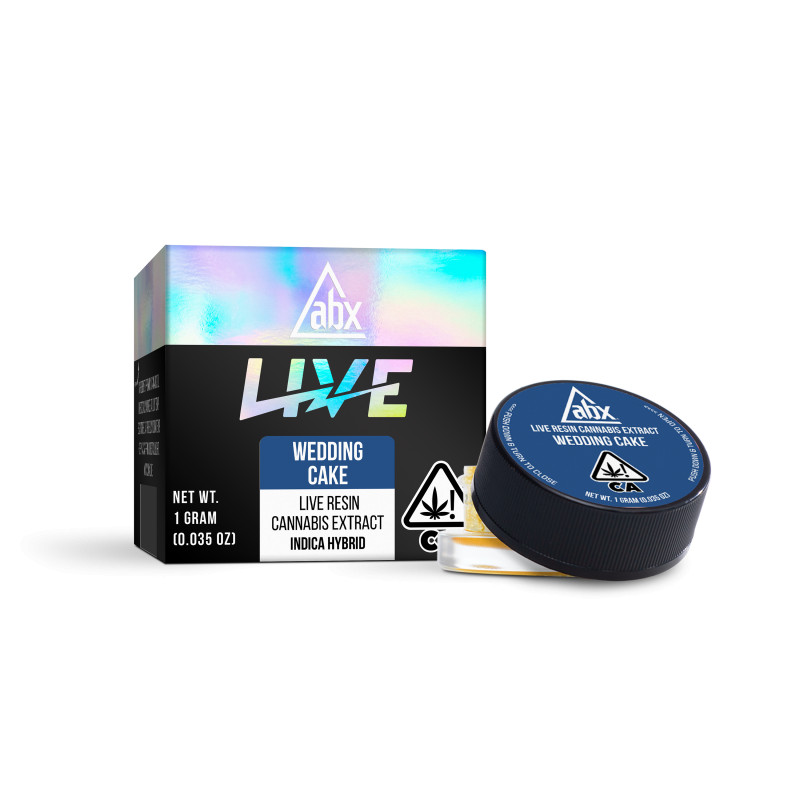 Resin and rosin are some of the oldest forms of smoking cannabis in the world. The most standard resin is created when heat separates the trichomes from the flower and stick to your bong or pipe. Yet, when refined, resin can be made into live resin by freezing the flowers and creating a one-of-a-kind product that will knock you on your butt. On the other hand, rosin is one of the cleanest and easiest concentrates that you can even make at home!

There are many differences, but possibly even more similarities between the two cannabis forms. From their wonderful taste to the many uses including vaping and dabbing, rosin and resin will continue to change and evolve as the cannabis world grows.

So, what about you? Do you prefer rosin, live rosin, or live resin? Let us know!